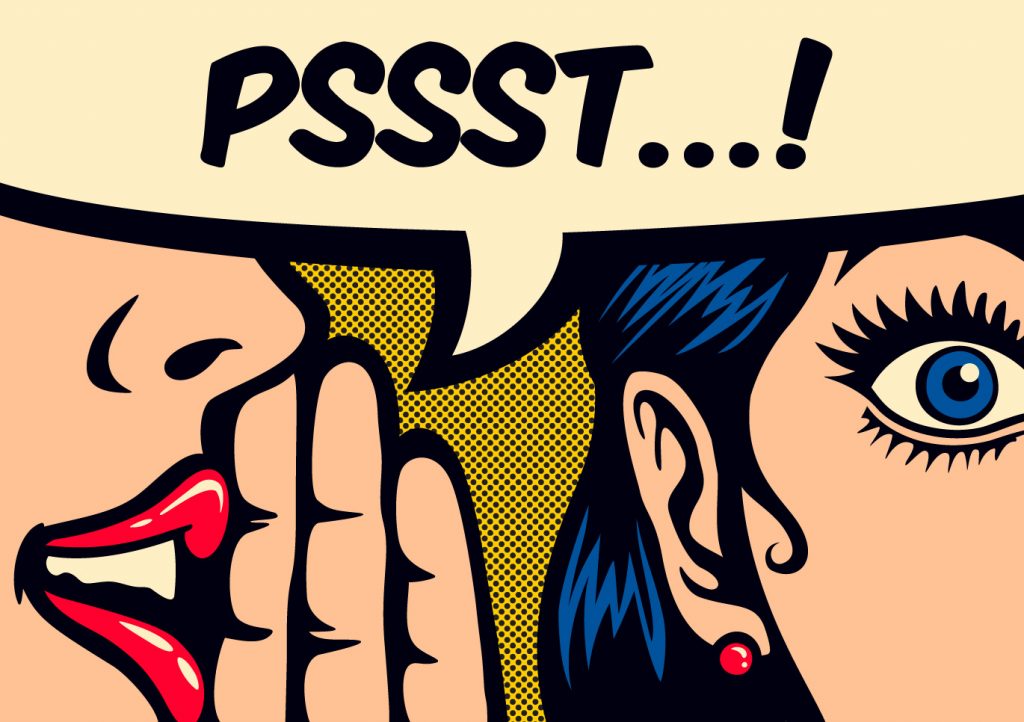 Most people are familiar with the concept of a brand, but relatively few give a second thought to its cousin: corporate reputation.

However, the importance of corporate reputation cannot be denied. It influences what people think about your company. It can affect whether customers choose to buy or boycott your products. And it can change on any given day.

What is corporate reputation?

Corporate reputation is the perception your stakeholders have about your company based on its past actions and future behavior.

Reputation can be as simple as labeling a company “good” or “bad.” It can also be fraught with complex emotions, especially when a generally respected brand displays an instance of not-so-respectable behavior. Public perception can sour in an instant based on a single rumor or negative interaction with a customer, in some cases despite decades of goodwill.

Does your company behave ethically and responsibly, even if it means being a little less profitable? Or does it engage in shady business practices, mistreat employees or twist the truth?

Volkswagon enjoyed a relatively strong reputation until 2015, when it was revealed that the automaker had been cheating on diesel emissions tests. The Volkswagon scandal was about more than the fact that its cars were not considered environmentally friendly, but that the company, which coined the term “clean diesel,” lied and destroyed consumers’ trust.

Is your company open and transparent with stakeholders, or does it go dark when an issue arises? Does it apologize and own up to its mistakes, or pass the buck with dismissive or insincere statements?

Johnson & Johnson chose to make communication a priority when it issued a nationwide recall of its Tylenol products after seven people died from ingesting cyanide-laced capsules in 1982. It engaged the media through press conferences and interviews, created a 1-800 hotline for people seeking information and sent warning messages to more than 400,000 doctors offices and pharmacies. By being open and taking responsibility, the brand recovered remarkably quickly and the situation is held up as a model for crisis communication response more than 30 years later.

Are your company’s leaders an asset or a liability? A CEO ensnared in a sex scandal, accused of tax fraud or in hot water for controversial comments could be just as damaging to a company’s reputation by mere association.

Just ask Papa John’s founder John Schnatter, who resigned as board chairman after making racially offensive remarks on a conference call. His comments ended up costing the company major partnerships and millions of dollars in lost sales.

Do you treat your employees well, or are complaints of harassment, gender pay gaps or toxic work culture rampant?

Costco, Zappos and Southwest Airlines are often heralded for their strong company culture and people-first policies, creating a halo effect around their brand’s reputation. On the other hand, Amazon’s reputation has fallen in the public eye after reports of its intense company culture surfaced, which included accounts of cutthroat behavior, extreme hours and employees fearful of losing their jobs over bathroom breaks.

“Companies that see value in protecting their corporate reputation will be more resilient when facing a crisis.”

Are your products or services of a high quality and value, or are they cheap, shoddy or not worth it for customers?

JetBlue and Spirit Airlines are both considered low-cost carriers. However, JetBlue is known as more of a boutique airline with lots of legroom, complimentary snacks, in-flight entertainment and excellent customer service. In contrast, Spirit Airlines’ barebones experience (assigned seats, reclining seats, carry-on bags, and beverage service all cost extra) earned it the title of worst airline in America by Consumer Reports in 2018.

Does your company treat customers as a priority or a nuisance? Are their needs and concerns acknowledged or ignored?

Does your company give back to the community, support good causes and seek to minimize its impact on the environment?

TOMS built its brand on a “One for One” idea to donate one pair of shoes for every pair of shoes purchased. Patagonia is known for encouraging consumers not to buy its products unless they’re truly needed. Socially conscious brands tend to have a rosier reputation, as long as their actions are consistent with the rest of their brand.

While many companies put huge effort into maintaining their brand identity, few take the time or money to invest in their corporate reputation. However, reputation should be viewed as a major organizational risk.

In a world of viral videos and social media sharing, it only takes a few seconds for your company’s reputation to take a dive, affecting short-term stock prices, long-term sales, stakeholder relationships and more. Corporate reputation is too important to be left up to chance or considered as an afterthought — and companies that see value in protecting it will be more resilient when facing a crisis.