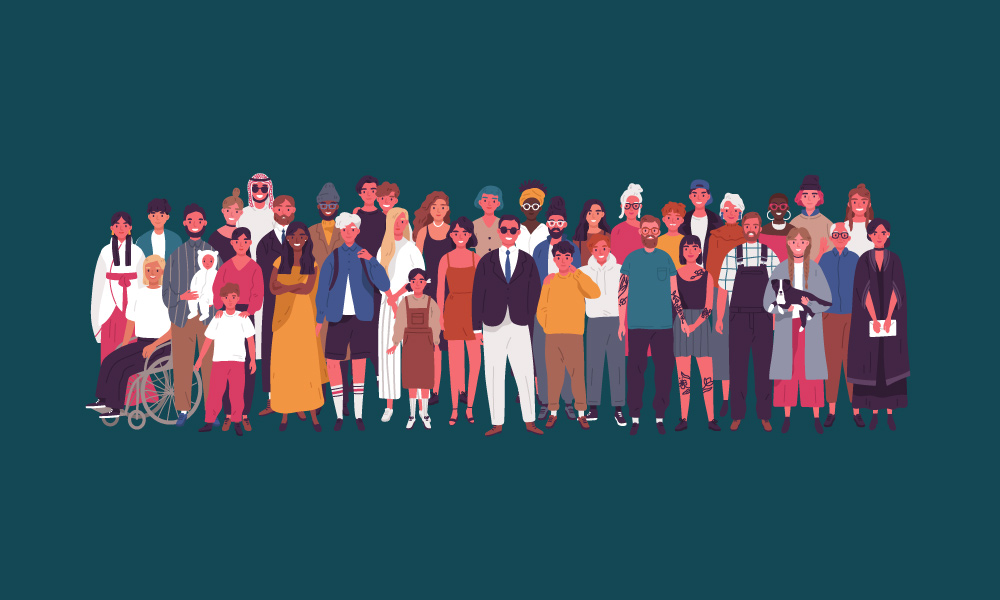 A spate of spectacular marketing and product fails over the past year — Kim Kardashian’s Kimono shapewear line, H&M’s “Coolest Monkey in the Jungle” ad, and Dolce & Gabbana’s commercial featuring a Chinese woman struggling to eat pizza with chopsticks, to name just a few — has many marketers scratching their heads and wondering, “How did this get made?”

In an age where companies are clamoring to prove their political correctness, such blatant examples of cultural appropriation, racist imagery and negative stereotyping are a sobering reminder that diversity isn’t just a hiring initiative. Diversity is critical to a company’s marketing and communications function, and can even be instrumental in mitigating corporate reputational risks.

Diversity in marketing is elusive

The benefits of a diverse marketing team may seem obvious, but according to the Bureau of Labor Statistics, the industry has a diversity problem. Of more than 114,000 marketing, public relations, fundraising and sales managers in the U.S., 85 percent are white.

This statistic isn’t from 2008 — it’s from 2018, indicating that while diversity and inclusion may be trending as buzzwords, they aren’t being practiced as much as the industry needs.

Raising the bar on diversity in marketing is crucial because companies are speaking to more diverse audiences than ever before. Today’s marketing initiatives don’t exist in a bubble. There are countless ways for someone to stumble across a brand, whether or not they are part of its target audience.

Consequently, companies must be extremely aware of how their marketing efforts will be viewed, not only by the people they’re trying to reach, but by everyone.

Diversity in marketing breaks down “status quo” ways of thinking.

Diversity helps reduce blind spots that occur when too many people from the same background pitch ideas to each other. Diverse marketing teams have a broader lens from which to view their actions, products and messages, and how they may be interpreted by others.

Diverse voices and experiences must be included in every step of the marketing process, from ideation to review. Doing so helps prevent echo chamber thinking or downright cluelessness, which can lead to some of the most egregious marketing offenses.

Additionally, diversity in marketing breaks down “status quo” ways of thinking. Diverse teams are more likely to recognize and reject ideas that aren’t categorically offensive, but that passively perpetuate stereotypes about race, gender and other groups.

But diversity runs deeper than hiring minorities so they can answer the question, “Is it racist (or sexist, or otherwise disparaging toward a group of people)?” It means cultivating a team that consists of many different viewpoints, backgrounds and beliefs. Diversity encompasses gender, sexual orientation, age, religious belief, ability, education, socioeconomic status and experiences.

As more and more brands champion diversity in their advertising and messaging, they must be able to back it up with concrete examples of their commitment to inclusivity. If they don’t, they risk coming across as inauthentic and opportunistic.

Gillette made waves with its “We Believe: The Best Men Can Be” ad, which called out toxic masculinity, including its own previous advertisements. Gillette’s parent company, Proctor & Gamble, has challenged traditional gender norms in its other brand advertising, such as Always’ #LikeAGirl campaign, and Pampers’ ads that show fathers in the primary parenting role.

Carolyn Tastad, group president of Proctor & Gamble North America, pointed out to Quartzy that P&G takes gender diversity seriously — 47 percent of all its managers globally are women, and the company has instituted several initiatives that they believe will allow it to achieve 50-50 gender representation across the board. Without those promising numbers, their marketing campaigns would likely ring hollow.

Conversely, Prada’s recent actions are a perfect example of what not to do to win consumer approval. Prada faced backlash after releasing a line of figurines that incorporated blackface imagery. In response, it appointed a diversity advisory council to address customers’ concerns. What seemed like a step forward fell flat when head designer Miuccia Prada made dismissive comments, saying, “I increasingly think anything one does today can cause offense,” and claiming that cultural appropriation is the foundation of fashion. Brands like Prada, which claim diversity but don’t have a strong culture of inclusiveness, will be forced to work even harder to convince consumers that their actions are sincere.

Diversity doesn’t just help brands avoid potential missteps. It also allows them to be proactive in creating and marketing products to an increasingly diverse audience. Target was one of the first companies to appoint a chief diversity officer in 2014. She helped introduce more inclusive product lines and options, from multicultural dolls to beauty products and ethnic foods. Recently, Target’s Cat and Jack label introduced clothing designed to be sensory-friendly, without itchy tags or seams (the idea came from an employee who has a child with autism). These carefully crafted initiatives helped Target meet the needs of even more shoppers from various backgrounds.

Marketers have always had a direct line to customers, but the Mad Men of yesterday — white, male, upper class — rarely served as a reflection of the people they were marketing to. Today’s marketers have an opportunity to do better. Consumers are more likely to be multiracial, to identify as LGBTQI, to come from non-traditional families or identify with non-Christian values. Marketing teams that see diversity as an imperative will be even more effective in understanding their customers, reaching diverse audiences and building new opportunities for their brands.