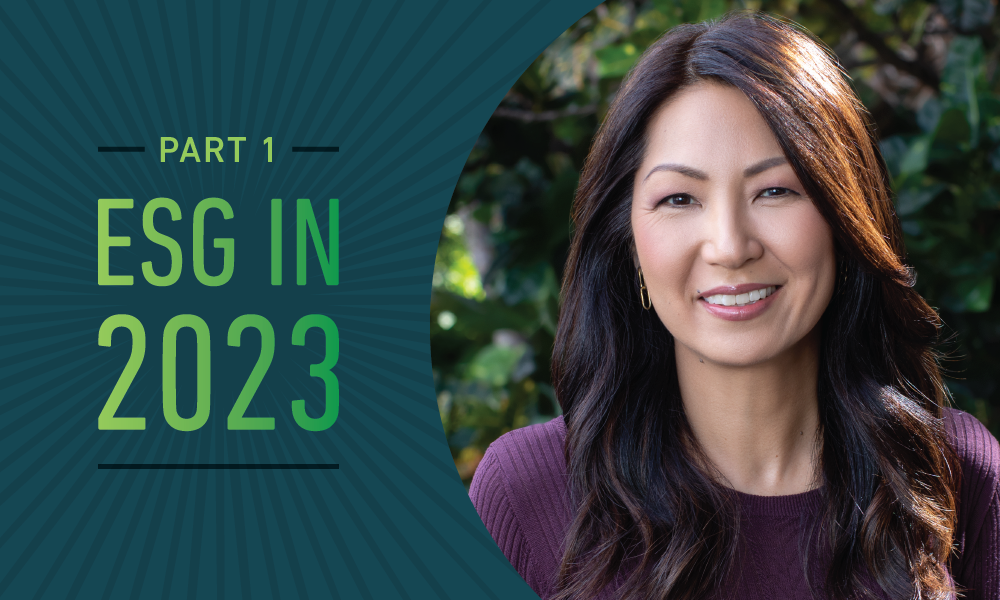 This is the first of three columns. It reviews natural events in 2022 that shaped how people around the world view ESG. The second reports on global conferences, legislation, political moves, business sector decisions and significant ESG follow-through that happened in 2022. The third offers recommendations on how leaders could approach the many ESG challenges they and their organizations will face in 2023 and beyond.

The population of planet earth’s dominant life form – humans – reached 8 billion in November 2022. The United Nations projects that it will grow to 10.4 billion by the end of this century.

Because human activity causes global warming, consumes fresh water, mines the earth, and directly or indirectly causes the extinction of other kinds of life, this does not bode well for the future, unless mechanisms equal to or greater than humanity’s damaging ways are put in place. In broad terms, this is the reasoning behind ESG.

Although ESG is a concept comprising Environmental, Social and Governance, this article will focus mostly on the environmental events and findings that were reported in 2022. Reflecting on these stark realities is a necessary precursor to navigating global business and communications protocols within the context of our dramatically evolving environment.

Let’s start with the planet’s most recent, high-visibility natural disaster. Billed as a “once-in-a-generation” event, a post-Christmas winter storm paralyzed a large portion of North America, killed dozens and caused airline cancellations greater than anyone had foreseen (especially the leaders at Southwest Airlines). Tens of millions were affected.

There are many scientists and meteorologists who link the event to global warming. While it seems counter intuitive, explanations draw on the facts that the Arctic is the fastest-warming region on the planet, that there is more water in the air, and that the jet streams may be becoming erratic due to climate change.

In September, floods from record monsoon rains and glacial melt in Pakistan’s mountainous north upended the lives of 33 million people, killing over 1,500, washing away homes, roads, railways, bridges, livestock and crops. Villages became islands. Nearly 27,000 schools and nearly 1,500 public health facilities were destroyed or damaged. As a result, 2 million children have been locked out of learning. Many have not received lifesaving vaccines or treatment for their severe acute malnutrition.

Large areas in Pakistan remained flooded for weeks, making farming and other work impossible. Even now, nearly 15 million people in flood-affected areas need emergency food assistance, while an estimated 9 million people are suffering from poverty and learning losses due to the floods.

Also in September, Hurricane Ian swept across Cuba and then hit Florida, creating more damage and taking more lives (nearly 150) than any hurricane since 1935. Scientists say global warming caused Ian to dump 10 percent more water onto the state. They predict that hurricanes are likely to become more powerful as oceans continue to warm and the air holds more water. This will be true around the world.

Earlier, during the summer, record heat was recorded in many countries. Europe attracted a great deal of attention as The Rhine and The Thames shrunk to streams and vital water transportation was constricted. Wildfires — now becoming regular seasonal events — ravaged  Greece, Spain and Italy.  Some even broke out in London! In the U.S., record-high temperatures were reported in from Seattle to Tampa and in many places in between including Salt Lake City, Cheyenne, San Antonio, and Newark.

Throughout the year, the sea level rose. Scientists continued to adjust their predictions upwards. In 2022, for the first time, there were reports on the additional impact of “zombie ice,” massive shelves of ice breaking away from Greenland’s ice cap and floating into warmer waters. This ice is expected to add an additional 10 inches to the existing predictions of rising oceans, perhaps as soon as 2100.

Throughout the year, ongoing climate catastrophes continued. In Djibouti, Ethiopia, Kenya, and Somalia, 22 million people faced severe hunger crisis after four consecutive failed rainy seasons. Climate extremes and social unrest in Africa and South America are destroying the livelihoods of millions, forcing mass migration to nearby countries. Some are continuing to developed regions such as Europe, the U.S. and Canada, which feeds social and political unrest in those countries.

Perhaps what’s most important about this litany of environmental woes is that it’s ongoing.

Perhaps what’s most important about this litany of environmental woes is that it’s ongoing. Few will be surprised if we learn of new record-high temperatures, droughts, hurricanes, wildfires, entire regions made uninhabitable, related health outbreaks, starvation, desperate migration and more. This is increasingly perceived as the new normal. Younger people, especially, believe they are living in an increasingly deteriorating environment. As news of new catastrophes mount, so will their determination to force governments, businesses, and political parties to take corrective action.

Most of that action falls under the ESG umbrella, which is becoming increasingly contentious, mostly along political fault lines.

This is a summary of just the most notable aspects of climate change in 2022. Countless other developments detected by people at a local level or by researchers occurred as well.

In the part 2 of this series, we’ll take a look at what steps human institutions took to try to maintain a livable world with stable societies.