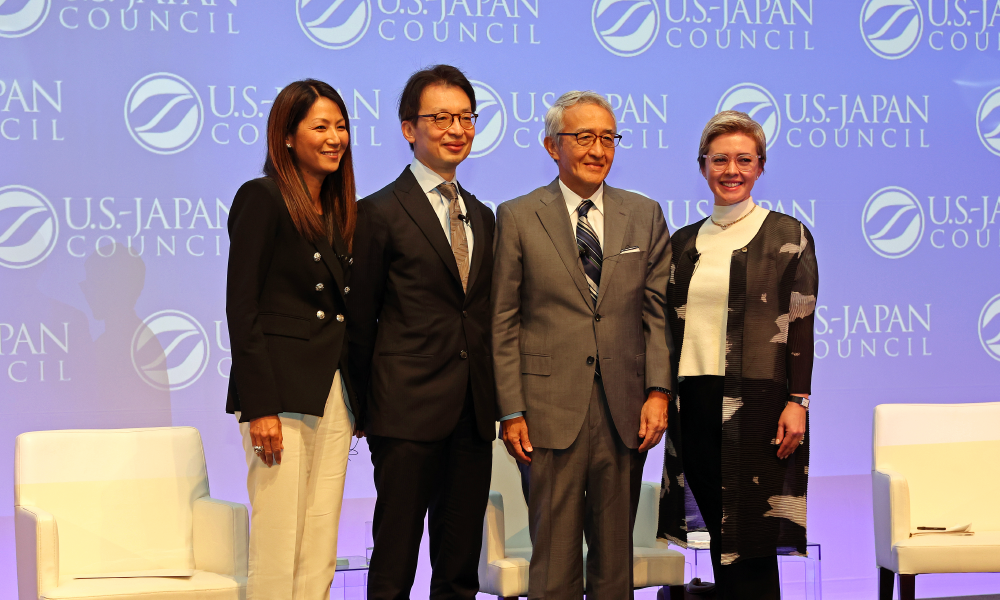 You know you’re living in difficult times when you need an acronym to describe it. VUCA – the the buzzword that stands for volatility, uncertainty, complexity and ambiguity – pretty much sums up the tumult of the last three years and the outlook for the next few. Recently I had the honor of moderating a panel discussion on leadership at the U.S.-Japan Council annual meeting in Tokyo among senior executives from three global companies, and I found their observations and insight about contemporary management surprisingly fresh, actionable, even inspiring. More specifically, I was surprised to hear the leaders of prominent Japanese companies espousing the importance of culture and the lessons to be drawn from failure.

I opened the discussion by asking how they lead their teams in a VUCA world. Mr. Nagano focused his remarks on organizational purpose, culture and communication, saying “Purpose is at the heart of an organization’s culture, and creating culture is a never-ending journey. It’s the toughest and most challenging thing for a leader, but it’s also a leader’s most important job.”

He described what it takes to build and fortify culture among Tokio Marine’s 40,000 employees around the world. “Senior leadership actively communicates its thoughts, principles and beliefs and then encourages discussion so that employees can understand, embrace and act in ways that are consistent with the company’s culture and purpose.” He emphasized the fact that he spends most of his time on culture and setting the right tone at the top of the organization.

To navigate external forces of VUCA, pay careful attention to internal matters of culture and purpose, and to the role of communication in operationalizing them.

Mr. Cheung shared that for years, Amazon’s vision was to be the most customer-centric company and that a few years ago, it added a second vision: to become the world’s best employer. This is underpinned by Amazon’s “Day 1” culture that drives teams to continually innovate, be nimble and take risks, and ultimately, be brave enough to fail. Like Mr. Nagano, Mr. Cheung spends the majority of his time focusing on culture, sharing with the audience that he devotes more than 80% of his time to building and reinforcing organization values like empathy and advancing the company’s DEI efforts.

Ms. Heatherton, from Waymo, Google’s autonomous driving company, echoed the need for organizations to focus on purpose. She mentioned the Great Resignation that many U.S. companies experienced over the past two years – a label that masks the underlying drive among younger workers to find purpose in their work, to belong to something and to solve societal problems. To attract and retain talent, leaders need to rewrite their playbooks to emphasize these values.

I noted that much of what the panelists highlighted aligned with the growing movement toward Environmental, Social and Governance (ESG) matters. Ms. Heatherton commented that she was struck by Japanese companies’ response to the Great East Japan earthquake in 2011. She shared that when she complimented people at Japanese companies about the incredible lengths they went to, supporting their employees and the affected communities in the aftermath, they were puzzled by her response. Their responsibility to their people and society is embedded in their culture; it’s just how they operate.

These panelists’ wisdom and insight holds lessons for us all. To navigate external forces of VUCA, pay careful attention to internal matters of culture and purpose, and to the role of communication in operationalizing them. While these are not as easily measured as profits, they’re nevertheless vital to operating a healthy, growing, sustainable organization.

Beyond ESG Compliance: Legal Counsel as an ESG Champion →