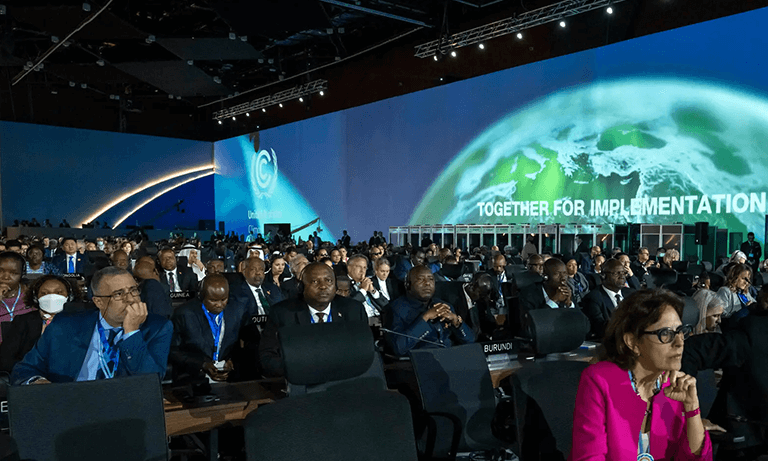 What observers are seeing in Sharm el-Sheikh as 45,000 delegates from 200 countries engage in talks to avoid environmental disaster on a global scale looks awfully familiar.

The heads of state have shown up to acknowledge that global warming and other aspects of climate change are causing disasters around the world, imperiling the lives of millions. The activists are levelling legitimate criticisms that almost certainly will not be addressed to their satisfaction. Bureaucrats are trying to transform grandiose ambitions into workable plans. The talk continues about the need to prevent the world warming another 1.5 degrees Celsius, which marks the so-called “red line” that humanity crosses at its peril.

On paper, last year’s COP 26 in Glasgow was a standout in terms of breakthrough agreements, including pledges to “phase out” coal to produce energy, reverse deforestation, and provide $100 billion annually for developing nations to combat climate change.

But, so far, follow-up on these pledges has been disappointing. Only a small fraction of the pledge money has been provided to help developing countries. Coal production increased. Deforestation decreased only slightly. There is great pressure on energy companies to produce more gasoline and heating fuel to ease the rising costs caused in part by the war in Ukraine.

Ms. Thunberg is avoiding the activities in Sharm el-Sheik. “The COPs are mainly used as an opportunity for leaders and people in power to get attention, using many different kinds of greenwashing,” she said, adding that the conferences are about gradualism, not what’s necessary – wholesale change.

Reports coming out of Egypt are of delegates, well aware that COP has a reputation for bold pronouncements that have weak-follow through, nevertheless feeling the need to reach some agreements that signify ongoing progress. One topic that seems to be attracting a great deal of attention is “loss and damage” funding to help developing nations deal with the disastrous impacts of climate change – drought, flooding, displaced populations, and the like.

Up to this point, the long-established industrialized nations have kept a wary distance from initiatives that would commit them to compensate other countries for the costs inflicted on them by climate change, even though the United States and a few others are undeniably responsible for the majority of CO2 emissions over the past century. It is a slippery slope but now that natural catastrophes are happening almost continuously, the “loss and damage” discussions are finally becoming substantive.

The success of COP 27 can’t really be accurately assessed for years. That said, the impression the gathering is having on those who care can be determined almost instantly. So far, it has elicited no excitement and seems to have boosted no one’s confidence that a climate crisis will be averted.

The COP meetings may lose credibility as a focusing mechanism for environmentalism, in which case direct pressure on companies will increase and corporate leaders will be under even greater pressure to save the planet.

It is easy to be cynical and suspect that no matter how breathlessly the rich nations announce significant funding commitments, follow-through will again be lacking. If this happens yet again, the COP meetings may lose credibility as a focusing mechanism for environmentalism, in which case direct pressure on companies will increase and corporate leaders will be under even greater pressure to save the planet.

Beyond ESG Compliance: Legal Counsel as an ESG Champion →