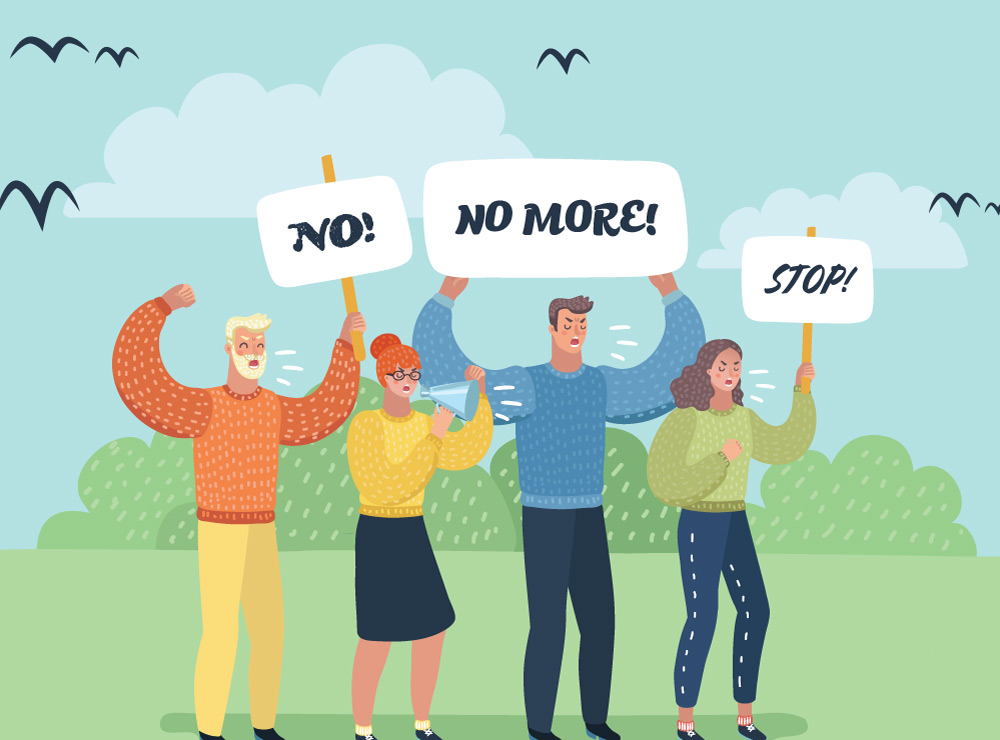 Amazon’s biggest and most anticipated sale event, a two-day deal extravaganza known as Prime Day, was clouded this year by a worker strike.

On July 15, several dozen warehouse workers left their jobs at the Amazon fulfillment center in Shakopee, Minnesota and protested for hours in the hot sun, calling for higher pay, safer working conditions and better job security. Politicians, unions and consumers took to social media to express their support and urge shoppers to boycott Prime Day in a show of solidarity.

A few weeks before that, Twitter lit up with the hashtag #WayfairWalkout when 500 employees at the home goods company Wayfair protested the company’s sale of beds to BCFS, a government contractor responsible for operating detention centers at the U.S.-Mexico border, separating children from their families.

These high-profile examples are the latest, and surely not the last, instances of employee activism. Several other corporations, including Google, Microsoft and Salesforce, have been hit with petitions and open letters to leadership for their business dealings with ICE and the Pentagon.

Why employee activism is trending

This new era of employee activism proves that employees are capable of presenting their own collective voice to great effect. Employees feel more empowered than ever to stand up to their companies and protest against practices they feel are unethical or unfair.

Part of the reason why is because employees have the upper hand when it comes to their own job security. A March 2019 Associated Press article reported that there are an estimated 1 million more job openings than job seekers. Employees — especially those with in-demand skills — have no shortage of job options, which enables them to exert pressure on their employers.

Social media allows workers to amplify their voice to make their grievances known to the public, control the narrative and rally consumers behind their cause. Savvy activists know that engaging influencers with a well-worded tweet can give them an audience of thousands or even millions of followers.

In the court of public opinion, a trending hashtag like #WayfairWalkout can quickly tarnish a company’s corporate reputation, which has long-lasting effects. It can also affect an organization’s bottom line, since today’s consumers are more likely to vote with their wallets.

“Companies can no longer afford to offer tacit acceptance of the status quo.”

It’s clear employees have the means and mechanisms to make a difference by standing up. This has empowered them to advocate for better wages, hours and working conditions, such as with Amazon’s Prime Day strike. It has also given them a voice to call for change within their own organization. Last month, Google employees protested the company’s handling of sexual harassment claims, which led Google to change its policy on forced arbitration.

But workers today aren’t just advocating for their own rights and pushing for policies that will affect them. Many of the most recent protests had to do with company stances on larger political or social issues, such as engineering technology for military operations, or conducting business deals that would enable the operation of border detention camps.

Millennials, who will make up three-quarters of the workforce in six years, care about the morals and integrity of the companies they work for. A 2016 Cone Communications study showed that 75 percent of millennials would take a pay cut to work for a socially responsible company. And a more recent study by Harvard Business Review found that half of millennials have spoken up to management about an important social issue to try to create a positive change.

With these factors in mind, all organizations must take action to address the potential risks that employee activism presents.

Know your values — and stick to them

Many companies spend a great deal of time developing their mission, vision and values statements and integrating them into their workplace culture. These statements cannot be empty phrases. When a company’s actions become potentially controversial from a social or political standpoint, leaders needs to consider the true cost of standing by the decision. They must be willing to take a hard look at whether their actions reflect their values. If they don’t, it’s time to align the two — even if it means admitting fault.

Companies can no longer afford to offer tacit acceptance of the status quo. Employees and customers are both showing that they want to work for and support organizations whose values align with their own. If a company doesn’t take a stance proactively, they may be called out or taken to task on social media for staying silent. If a company does make its voice known, it may risk alienating part of its customer base, but it may also gain fans that support its cause. Companies should carefully weigh the costs and benefits and stay true to their corporate values.

If employees do decide to protest, communication is key to resolving the situation peacefully and with the lowest risk of long-term reputational damage. While a company may not be able to give employees exactly what they want, open dialogue will allow leaders to understand what they can do better.

After an instance of employee activism, workers may feel disengaged, unheard or distrustful of management. Have executives or managers meet with their teams to discuss concerns related to company policies, actions and values. Get feedback from employees on what direction your company should take. Most of all, listen, learn and be willing to change if necessary.

In the Year of the Tiger, Will You Be a Dodo or a Phoenix? →