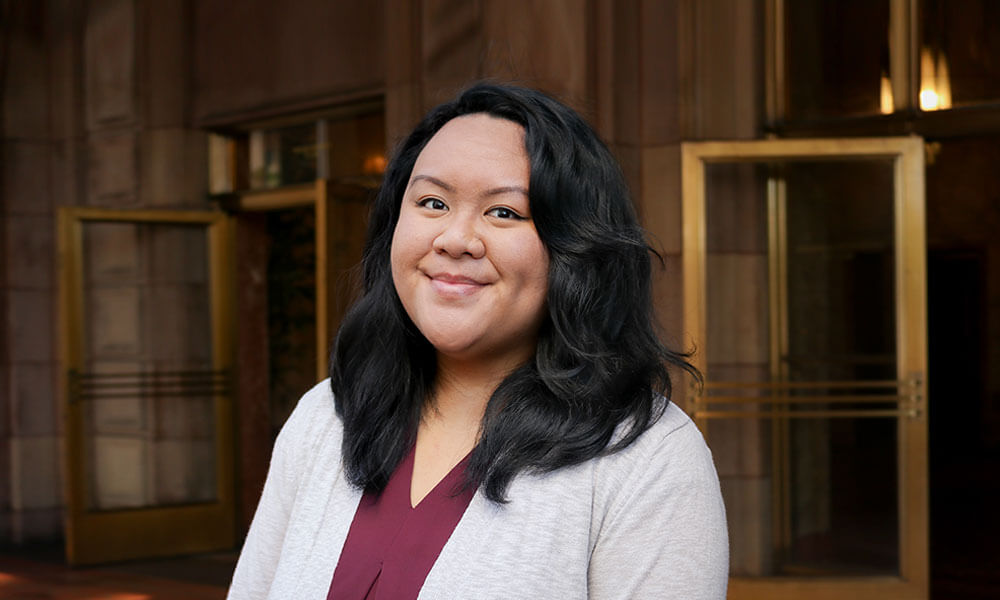 Analyn studied visual design at the University of Pennsylvania and University of Hawaii, West Oahu, graduating with a degree in creative media—interface design. She cut her teeth as a design intern in New York City and worked as an associate experience designer at Anthology Marketing Group before joining iQ 360.

Get to know Analyn with these five quick facts:

Analyn got her start in design at her alma mater, Waipahu High School, serving as a graphic designer and editor-in-chief of The Cane Tassel student newspaper. She brought the newspaper online in 2012 during her senior year and volunteered after graduating to teach future designers and editors.

Analyn loves recipe videos, but admits she watches them for entertainment more than cooking inspiration. Her favorite foods are hot pot and Korean barbecue, and she loves New York City because of all the great food available.

A lover of adventure (she once went skydiving on a whim), Analyn’s dream vacation would be to backpack through Europe, traveling by train and bus.

Retirement can’t come soon enough — while Analyn loves being a designer, her life goal is to retire at 45 so she can enjoy the fruits of her labor.

5. All about The Office

If Analyn had a theme song, it would be the introduction to The Office. She estimates she’s seen reruns of the show about 10 times.