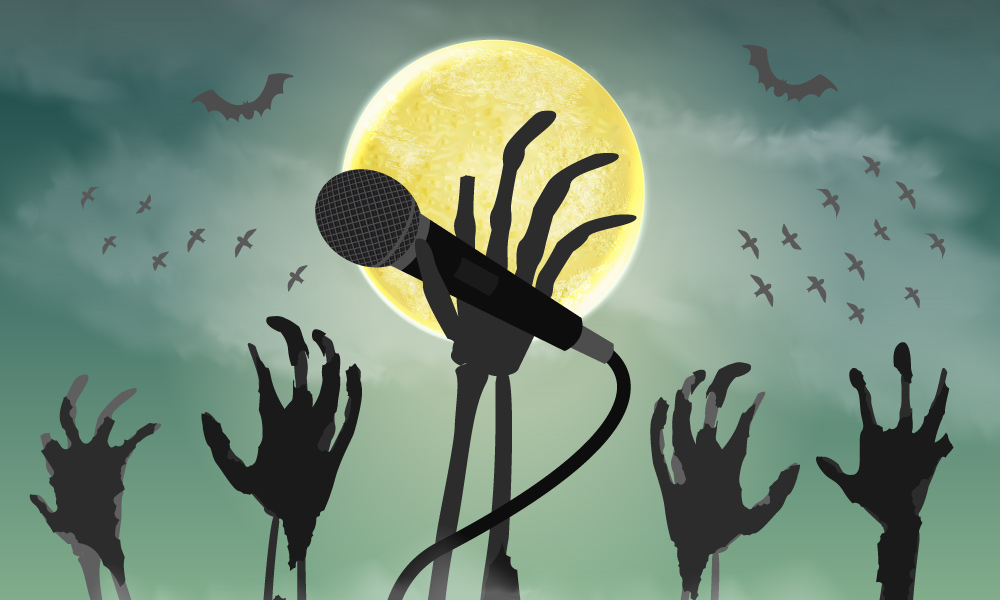 In the spooky spirit of Halloween, revisit the PR phrases that continue to give us nightmares. Happy Halloween! (Originally published on October 30, 2019.)

The scariest stories for communicators don’t involve ghosts and goblins. They include marketing campaigns that go viral for all the wrong reasons, email blasts with a typo in the subject line, and spokespeople who throw their key messages out the window when placed in front of a camera.

If you want to give a PR practitioner nightmares, take a look at the phrases that make our hair stand on end and give us a reason to scream.

This terse response to a tough interview question doesn’t say much, but it gives your stakeholders plenty to read into — namely, “I have something to hide.” Audiences today are more media savvy and eager to dig into the subtext of a company’s words and actions. Remember that if you are not telling your story, people will quickly write their own, and what they write is often even less flattering than the truth. Give your stakeholders the open and transparent communication they crave, especially if your company is faced with allegations of wrongdoing.

If you are not telling your story, people will quickly write their own, and what they write is often even less flattering than the truth.

Spokespeople tend to drop this phrase when they are saying something they know they shouldn’t be sharing. But unless an expectation of privacy has been agreed upon beforehand (here’s a look at how the New York Times defines off the record terms), most interviews are on the record from start to finish. Simply saying something is “off the record” in the middle of an interview doesn’t protect the information you’re sharing or prevent the reporter from using it in their story.

Every organization needs a crisis communication plan, because a crisis can strike at any time. When it does, you don’t want to be scrambling while critics lambast you on social media and reporters call you for comment. Although there’s no way to prepare for every situation, thinking through your response on the most likely crisis scenarios and having communication procedures in place can allow you to react quickly and protect your reputation.

One of the scariest misconceptions about PR is that it’s no longer relevant in today’s business landscape. Earned media continues to be a valuable part of any communications plan and can be the driving force behind successful communications campaigns. PR’s scope has expanded beyond traditional media relations to telling a company’s story in compelling and meaningful ways using owned, paid and shared channels.

Most importantly, unlike advertising or marketing, which share an objective to drive sales, the goal of public relations has always been to help organizations manage their relationship with the public — by advocating transparency, honesty and open communication. PR isn’t dead; on the contrary, it’s breathing new life into the communications industry.

We hope none of these phrases turn your day into a frightful nightmare. Happy Halloween from the iQ 360 team!