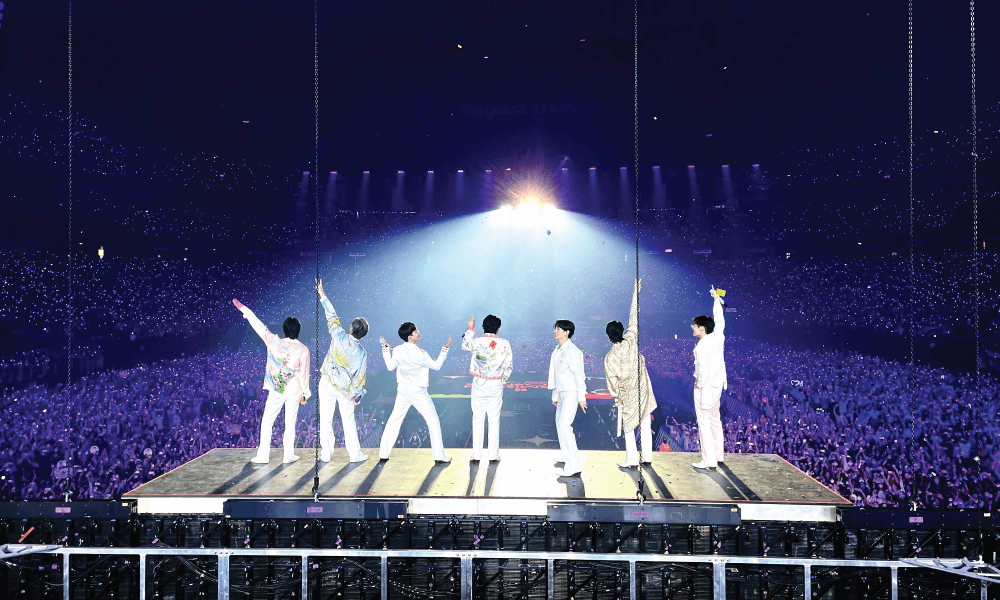 The South Korean pop group, BTS, has taken the world by storm. Formed in 2010 and debuted in 2013 with their entertainment company, Bit Hit Entertainment, the septet has been listed in Time Magazine’s 100 Most Influential People, Billboard’s Top Social Artists, Bloomberg Market’s 50 Most Influential and Forbes’ Highest Paid Celebrities, to name a few. The group was also the first non-English speaking artist to be named IFPI’s #1 Global Recording Artist of the Year and the first act to be ranked #1 two years in a row.

It’s no surprise that BTS continuously sells out stadium shows around the world to its dedicated fanbase, known as ARMY. But how did seven South Korean heartthrobs overcome language and cultural barriers to become the “biggest boy band in the world?”

Here, we highlight five essential strategic and tactical marketing approaches that helped catapult them to the top. 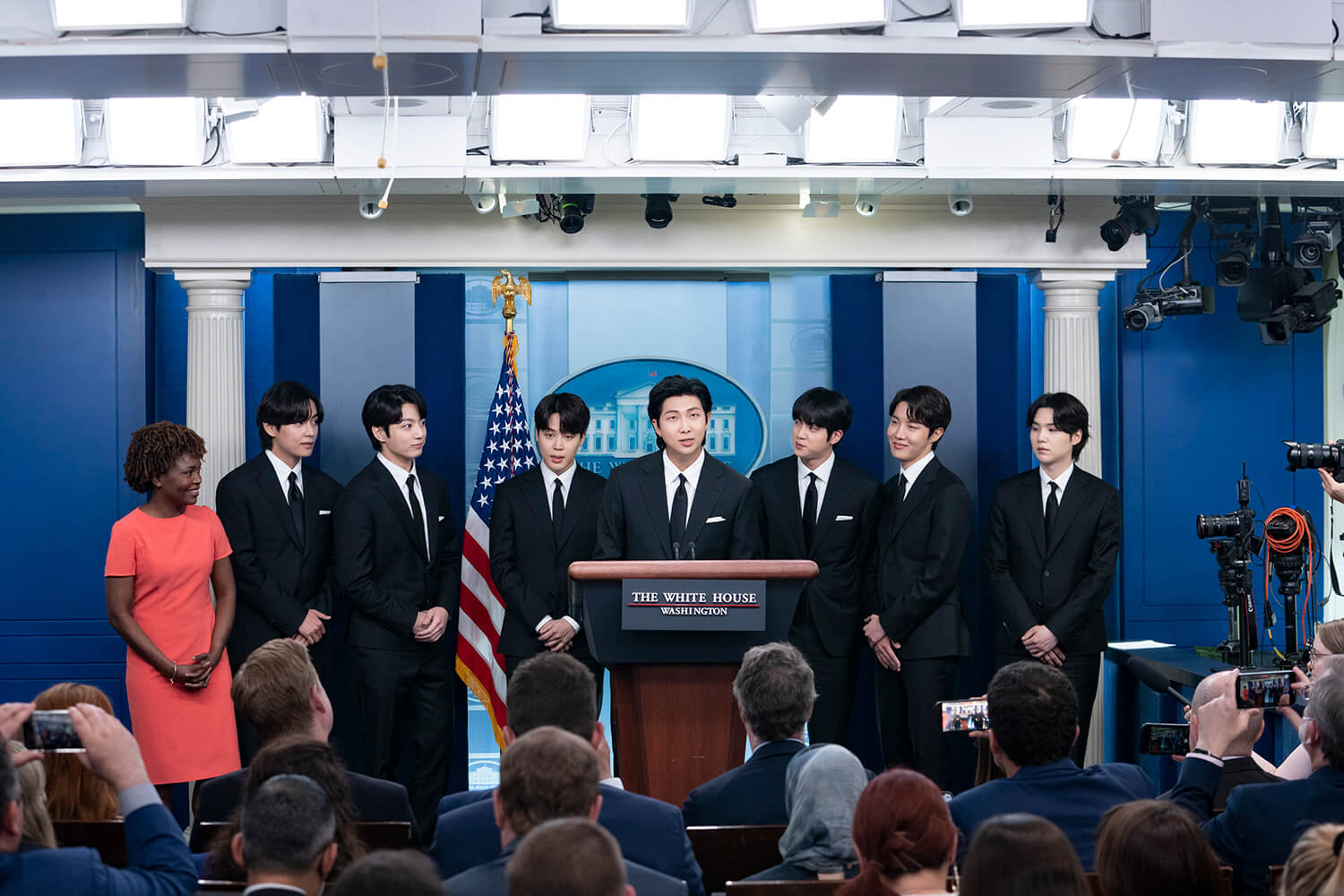 As a public figure and a brand, BTS strengthens the ARMY and cultivates meaningful relationships through cause branding, a strategic marketing tactic that raises awareness, money or consumer engagement for a social or environmental issue. In addition to the high-energy pop music, complex choreography and edgy style that accompany a typical boy band, BTS has been transparent and outspoken about larger issues, such as mental health, racial inequality and sustainability. BTS song lyrics often directly address mental health, while promoting self-love and acceptance. The group also participated in a Love Myself campaign in partnership with the United Nations Children’s Fund (UNICEF), which aims to protect children and teens from violence.

In 2020, BTS donated $1 million to the Black Lives Matter movement, which spurred the ARMY to match the donation within 25 hours. And, perhaps most notably, South Korean President Moon Jae-in named all seven members as “special presidential envoy for future generations and culture” and had the group speak at the 76th Session of the United Nations General Assembly about the importance of human connection and hope for the future. And, in May 2022, President Joe Biden invited BTS to the White House to discuss anti-Asian hate crimes and AAPI Heritage Month. 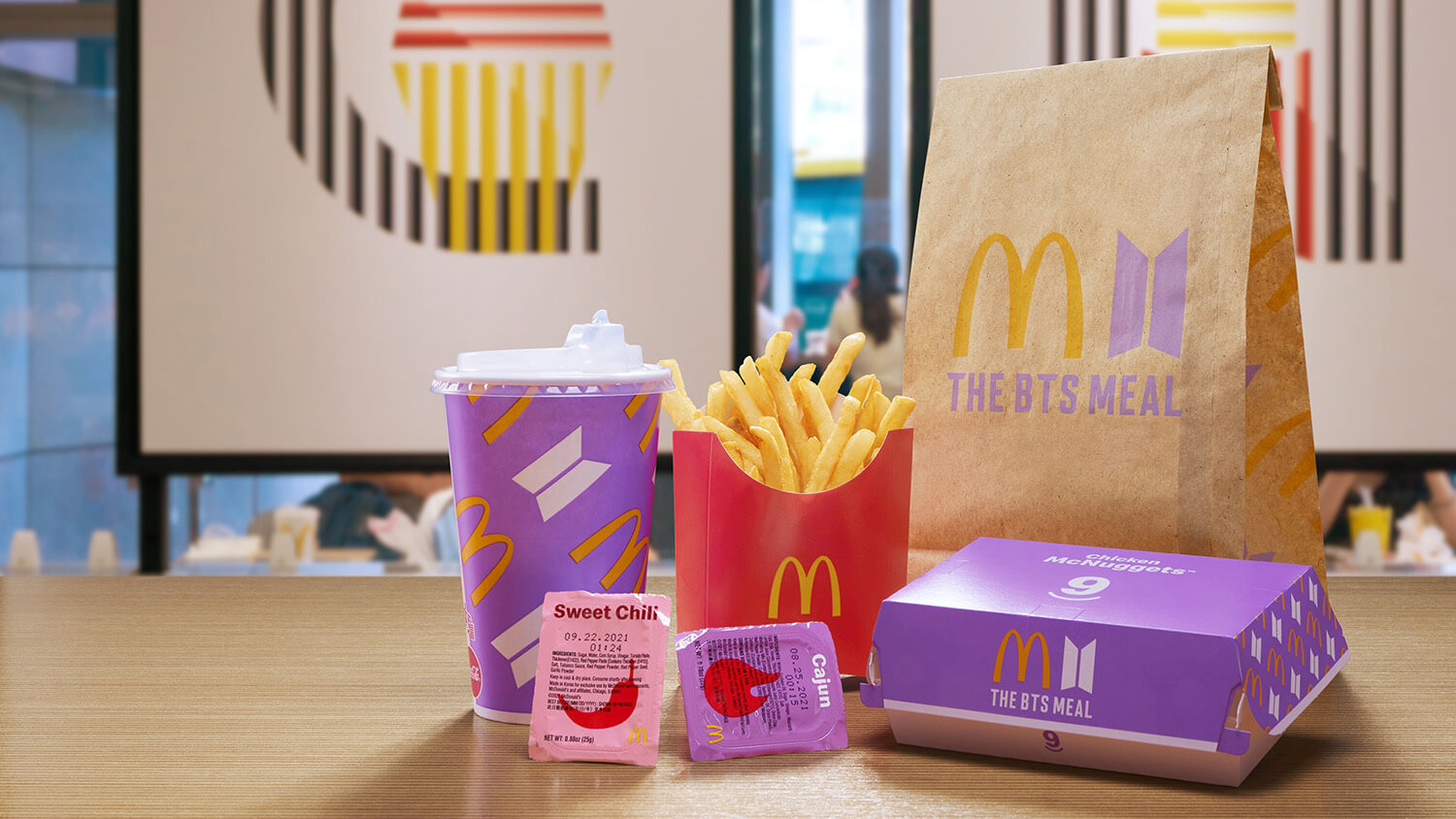 From McDonald’s and Louis Vuitton to Hyundai and Samsung, BTS has collaborated with a number of well-respected international brands. Through these endorsements, BTS uses their fame to get a product or service in front of a new or larger audience while receiving the same exposure in return. As a result, BTS gains credibility and influence through successful campaigns with larger corporations.

For example, after BTS launched its exclusive meal and clothing line with McDonald’s, the fast food chain saw marked increases in sales. McDonald’s Korea revealed a 250 percent increase in Chicken McNuggets sales in the four weeks following the BTS meal launch, and same-store quarterly sales figures increased 40.5%. And, on the other hand, BTS was able to reach approximately 70 million McDonald’s customers in over 37,000 locations in about 120 countries around the world. 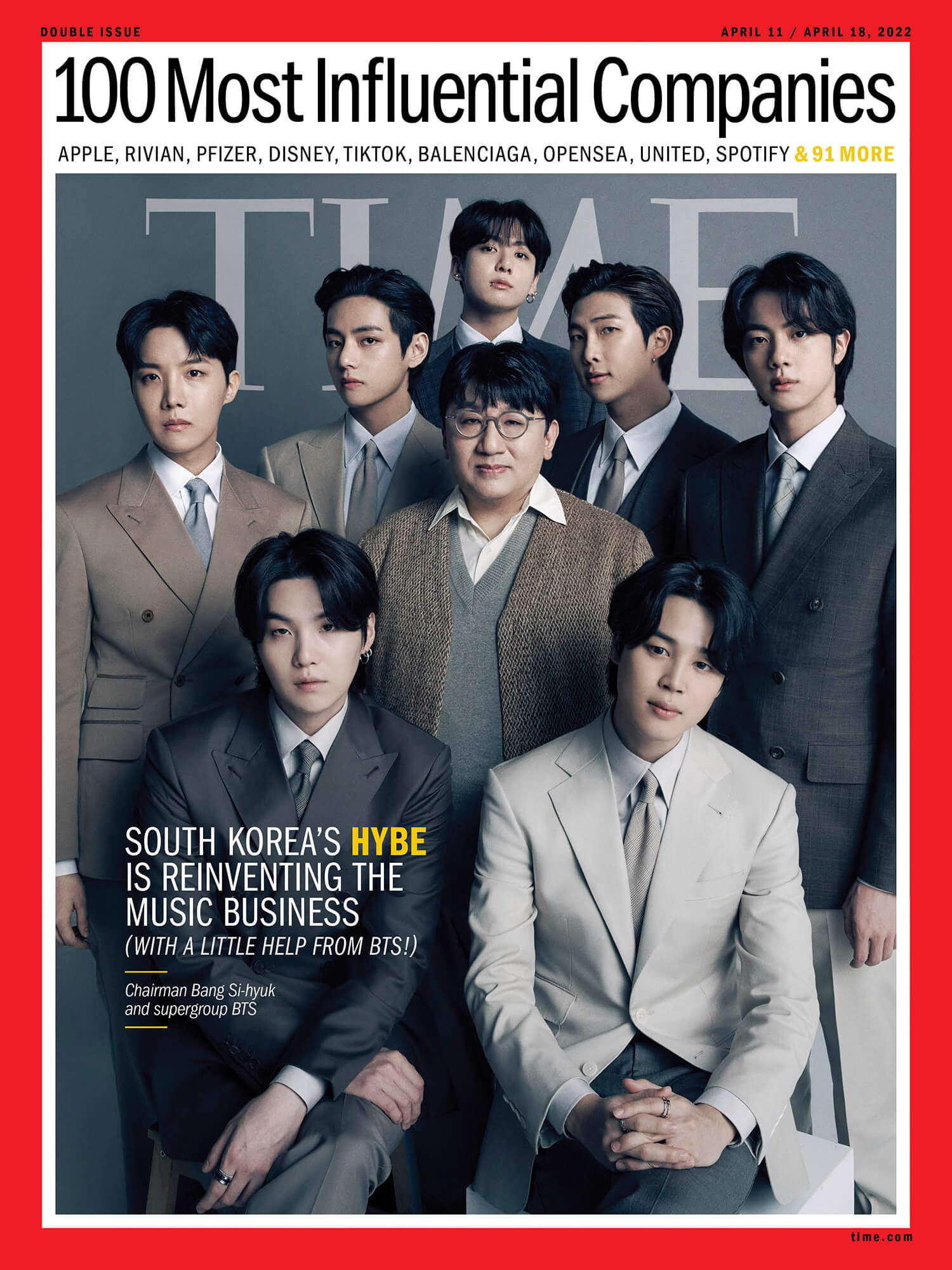 In 2018, Hybe Corporation — the parent company of Big Hit Entertainment — launched Weverse, a mobile app and web platform for multimedia content and artist-to-fan communications for musicians. Although BTS members are active on other social media platforms, Weverse continues to be their official source for announcements regarding tour dates, ticket sales, album releases and other personal updates, such as illness or injury.  Weverse offers a controlled environment where artists can determine how they interact with fans and fans are given exclusive access to artist content.

As a platform owned and operated by Hybe, the company has created a safe space and branded experience (complete with avatars for every member) for fan interactions, which increases meaningful engagement and strengthens fan loyalty. It also provides valuable opportunities to access unique content only available to paying ARMY members. Since its launch, Weverse has expanded to include artists other than BTS, such as BLACKPINK, Seventeen and TXT. 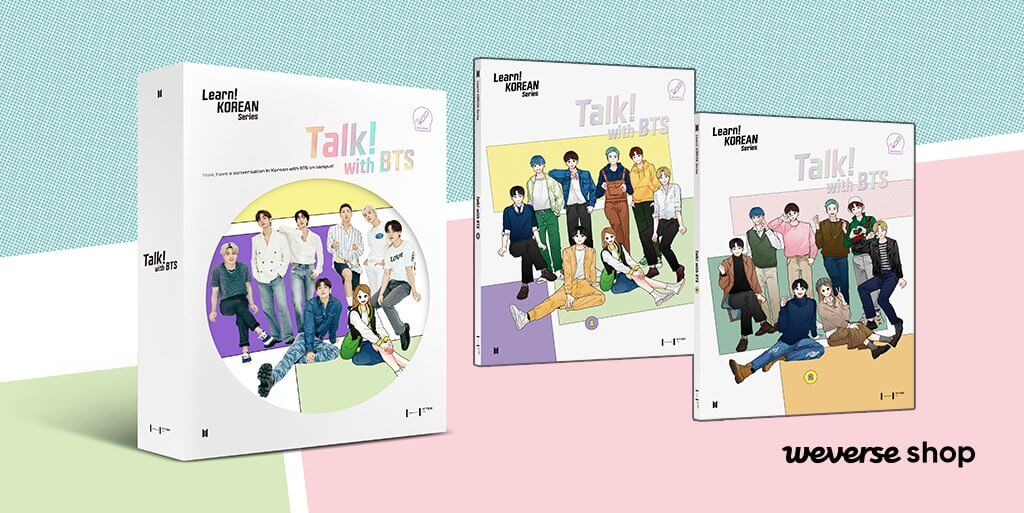 Content marketing is a strategy that focuses on creating valuable, educational and relevant content to engage new and potential audiences. Content can take many forms — photos, videos, audio, clothing, mobile games, etc. — but, ultimately, all serve the same purpose of building brand awareness and loyalty.

BTS consistently creates content in endless forms, from the songs and music videos that drive their careers, to the behind-the-scenes dance practices, game and reality shows, merchandise, Korean-language learning textbooks, original webtoons, and social media interactions that provide additional insight into the individual members’ personalities. BTS understands its audience and knows the importance of investing in diverse content for continued engagement. Some of our favorites include: BTS In the Soop, a reality series starring all seven members on a retreat; Run BTS, a variety web series; and VLive livestreams, where members will casually sit down with viewers to answer questions, celebrate special occasions, or reflect on a just-finished concert. 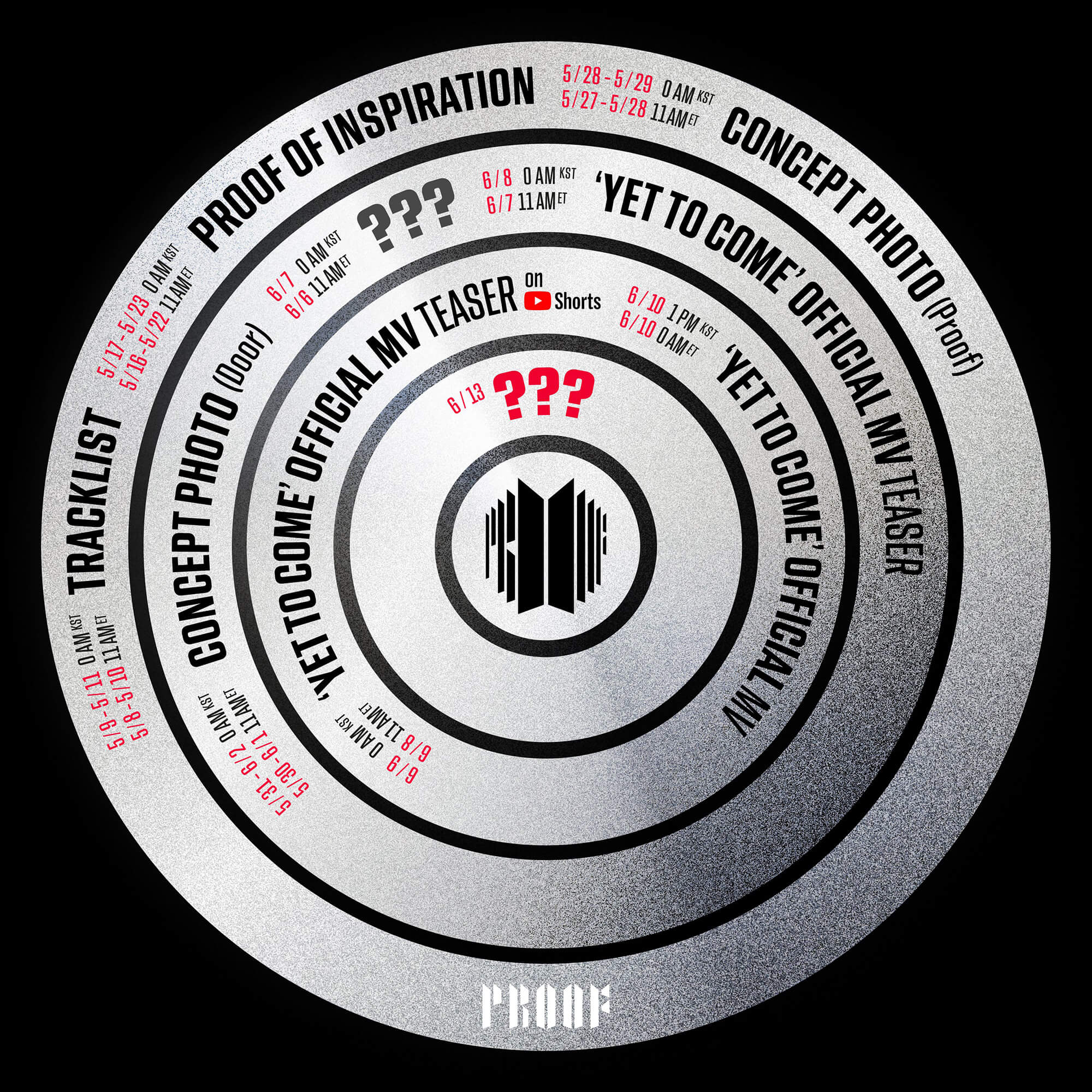 As mentioned above, BTS is constantly releasing content, providing fans and media with newsworthy and/or shareable materials on a year-round basis. Even while on hiatus, from December 2021 to March 2022, the members launched individual Instagram accounts, where they continued to post content that kept fans and media engaged. The accounts were so popular that V, one of BTS’ members, set two world records by reaching 1 million followers in 43 minutes and 10 million followers in just under five hours.

Recently, to promote the newest album, Proof, BTS released a promotion schedule detailing the release dates and times for each new item. This not only provided fans with a steady drumbeat of content to get them excited for the album release, but also helped the media prepare potential coverage for each item weeks in advance.

No matter your location, industry, role or music taste, we can all learn from BTS’ creative marketing strategies. The group’s influence is undeniable and, more than a decade into their careers, the members have proven that they are powerful marketing machines with no signs of stopping. If you haven’t been keeping up, now is the time to start; you’ll be sure to learn something new.